The location of FRIENDS VILLA is ideal for you to access a number of nature attractions and archeological sites in the area. In this section you will find a short description of the most popular spots in the Eastern Rhodopi Mountains. 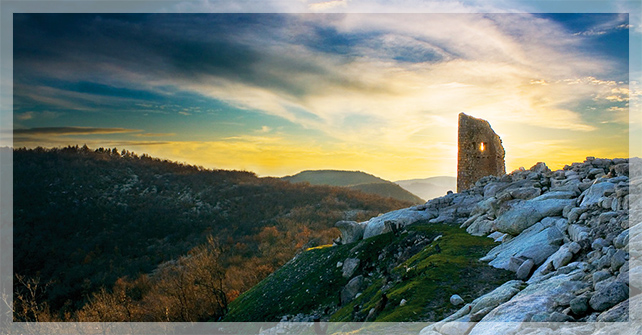 Located 15 km northeast from the town of Kardzhali and 20 km from FRIENDS VILLA, the sacred Thracian rock sanctuary of Perperikon represents an impressive megalithic city dating back 8,000 years and is located on a peak, 470 meters above sea level. The Perpereshka River flowing nearby is said to contain gold. Today the site attracts both scientists for archeological research as well as tourists.

The so-called Stone Mushrooms are rock formations situated near the village of Beli Plast, in the Kardzhali region. The formations are located in a protected area on three hectares of land and is designated a natural national landmark. The shape of the odd stone formations resembles a mushroom with a pink stem and greenish cap. Intense underground volcanic activity dating back to the Paleogene period, resulted in the formation of a soft, porous rock called tuff, which over time turned into the free standing stone mushrooms. They are located about 20 km from FRIENDS VILLA. 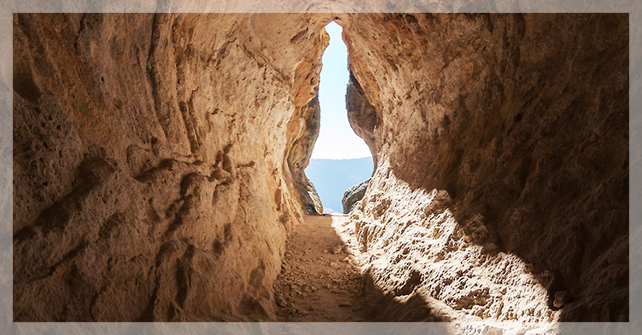 The so-called Womb Cave was discovered in April 2001 and is located around 20 km from the town of Kardzhali or about 10 km from FRIENDS VILLA. The shape of the opening is likened to a vagina and hence the cave’s name. The rock shrine is 22 meters deep. A holy altar, symbolizing the uterus, has been chiseled in the southern end of the cave. At midday, sunrays penetrate the cave, projecting a phallus aimed at the symbolic uterus.

The Eagle Rocks represent a Thracian sanctuary located about 2 km from the town of Ardino and around 30 km southwest of the town of Kardzhali. This Thracian ancient cultural site is unique for the country. The height of the rock is uneven and steep in all directions. There were more than 100 hand cut niches in the rocks at inaccessible places with three lost to erosion and 97 remaining. The 8 and 12 cm deep trapezoidal niches were probably used in the cult of the deceased.

Horseshoe Meander on the Arda River

The Arda river springs from the peak Ardin in the Rhodopi Mountains and flows into the Maritza river in Greece close to the Turkish border and the town of Edirne. On its journey, the river meanders in countless picturesque curves and bends. There are three dams on the river – Kardzhali, Studen Kladenetz and Ivailovgrad. The horseshoe meander is a magical place and entices both photographers and tourists. The area is located around 10 km from FRIENDS VILLA and is a well-known attraction. 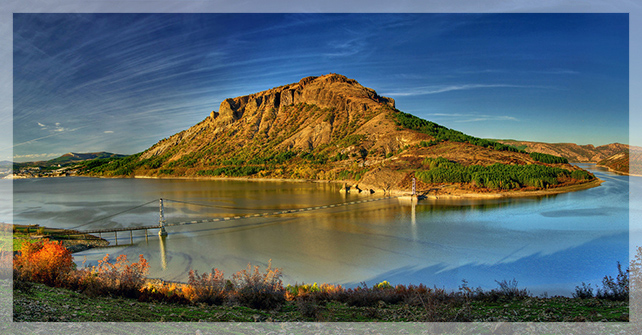 The impressive Moniak medieval fortress is one the biggest in the Rhodopi Mountains. It is located 12 km east from Kardzhali and about 16 km from FRIENDS VILLA. The protected area covers more than 5 hectares and it towers over Studen Kladenetz dam from a height of 586 meters. The fortress was built of carved stones with white mortar and sand. The height of the tower is approximately 3 to 4 meters and during construction the builders created two above ground level water reservoirs. 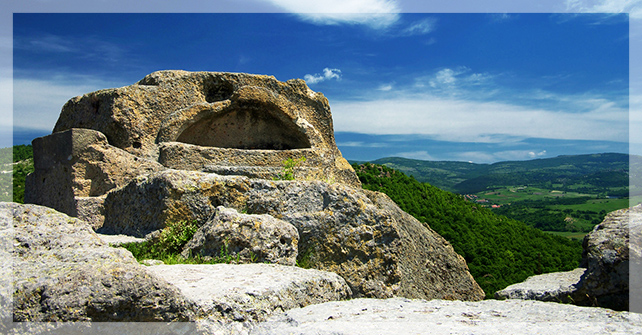 Located 15 km northeast from the town of Kardzhali and 20 km from FRIENDS VILLA, the sacred Thracian rock sanctuary of Perperikon represents an impressive megalithic city dating back 8,000 years and is located on a peak, 470 meters above sea level. The Perpereshka River flowing nearby is said to contain gold. Today the site attracts both scientists for archeological research as well as tourists.

The Devil’s Bridge (Turkish: Şeytan Köprüsü) lies within a picturesque gorge and rises over the Arda river about 10 kilometres northwest from Ardino and about 50 kilometres from FRIENDS VILLA. The bridge is located 420 meters above sea level and steep slopes reaching 800 meters rise on both sides. The bridge dates back to the beginning of the 16th century and was proclaimed a monument of culture on 24th of February, 1984. 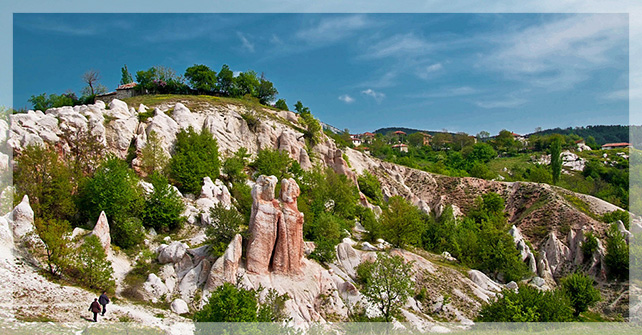 The Stone Wedding is a natural attraction located about 4 kilometers east of the town of Kardzhali and close to the village of Zimzelen. It is situated in the Eastern Rhodopi Mountains and is one of the most impressive rock formations and part of the so-called pyramids of Kardzhali. The Stone Wedding began being shaped 40 million years ago during intense underground volcanic activity. The rock phenomenon is located about 17 kilometers from FRIENDS VILLA.

This natural phenomenon is situated in the karst valley of the Erkyupria River in the Western Rhodopi Mountains at 1,450 meters above sea level at the foot of Goliam Persenk Peak. Erosion from the once larger river resulted in the formation of the bridges by transforming the marble clefts into a deep-water cave and the two well-known bridge-shaped arches. The Wonderful Bridges are indeed a spectacular natural phenomenon worth a visit.

Monastery of St. John the Precursor 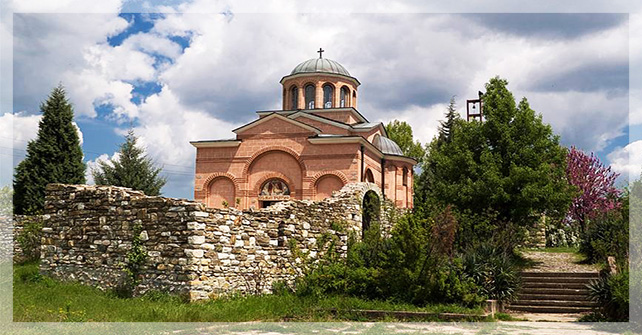 The Monastery of St. John the Precursor was built on the bank of the river Arda in the town of Kardzhali. It was established in the sixth and seventh century and used to be part of the medieval Episcopal complex St. John Prodrome. Archaeological artefacts prove that four consecutively built churches existed here. The style of construction is typically Byzantine with a strong influence from Athos. Relics of a senior Christian cleric were found upon opening one of the tombs that had been hermetically sealed. The monastery is located about 10 kilometres from FRIENDS VILLA. 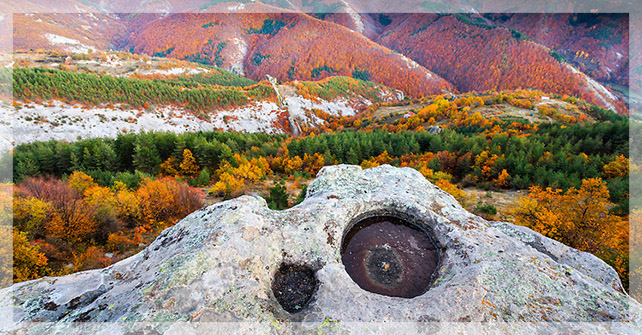 Belintash is a rock formation in the shape of a small plateau showing clues of human activity. It is assumed that it was a cult temple during Thracian times. It is also believed that an ancient Thracian sanctuary worshipping the God Sabasius existed here. Round openings, gullies, holes and steps are carved on the upper plateau of the rock and according to some specialists they represent a star chart. The length of the plateau is about 300 meters at a height of 1,225 meters above sea level. The area is about 95 kilometers from FRIENDS VILLA.